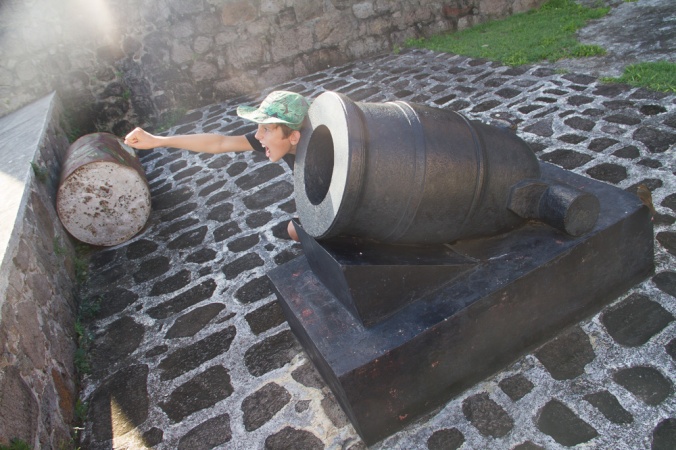 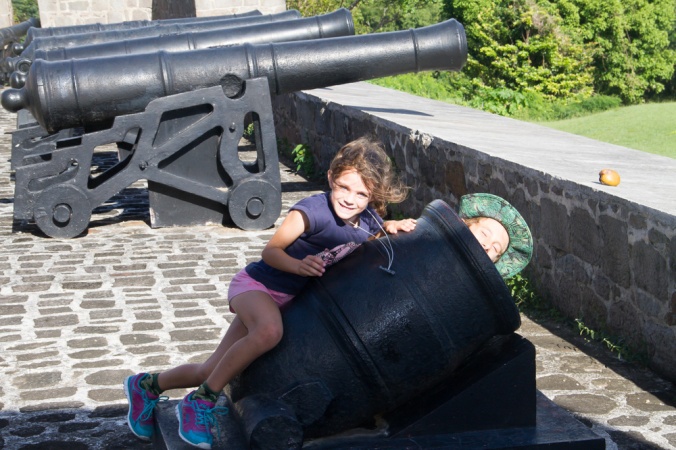 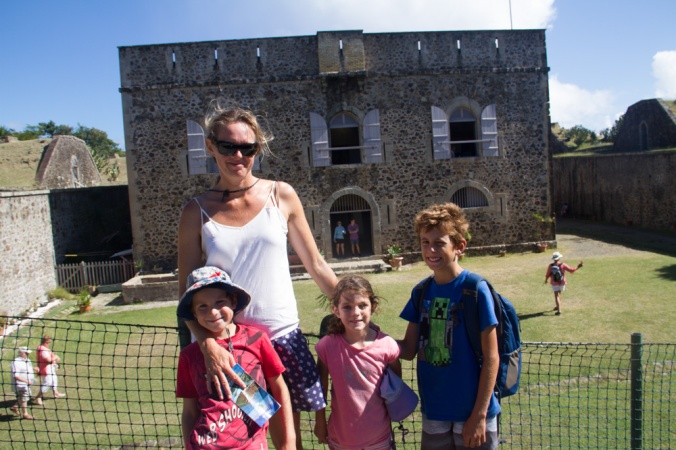 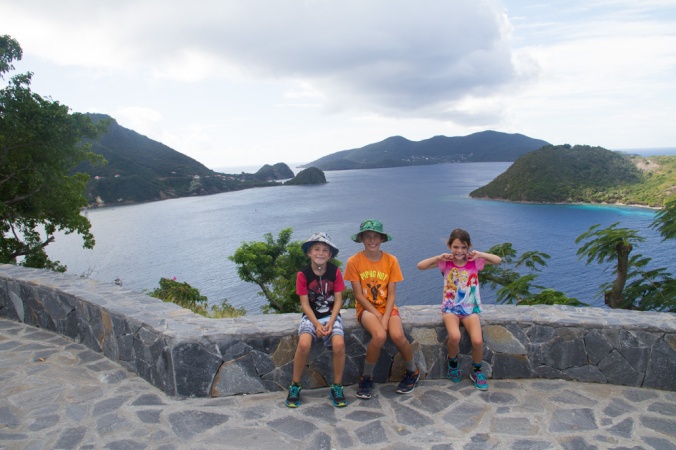 RIGHT now (9/1/17) we have anchored right in front of fort Josephine. Fort Josephine is in les Saints and it is owned by the French. We have visited lots of Forts, we have been to two forts that were the bases for the famous  Battle of the Saints.

The Battle of the Saints occurred over 4 days from the 9th of April 1782 – 12th of April 1782 during the American Revolutionary war. The commander of the British fleet was Admiral Sir George Rodney, and the commander of the French fleet was Comte de Grasse.  The battle was named after the Saintes which is a group of islands between Guadeloupe and Dominica, the battle was fought in old cannon armed navy sailing ships.  The British won because 1.the hulls where made of COPPER!!! The Copper is poisonous to sea life so barnacles an sea life can’t attach to the ships hull, making the British ships faster. The battle was famous for “breaking the line” the British ships charged through the French line throwing them into disorder. 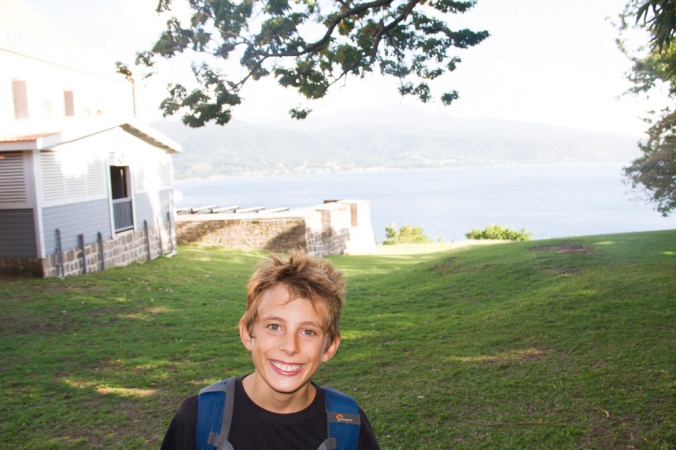 10 thoughts on “THE FFFFFF…O…R…T (SHORT FOR THE FORT mwhamhaAHAHAHAHAHAHAH)😝.By jake”