Today we hired a car and drove for an hour, on the way we spotted a restaurant coved in tyres! 😆 It was amazing . When we arrived it surprisingly was raining and it was freezing cold😱 (for once!). The reason it was cold is because we were on the top of an old volcano near the clouds. After that a man named Eddy came and said hello would you like a guide to walk you to the waterfall? At first we said no but we changed our mind because we didn’t won’t to get lost.

the big road side distraction. 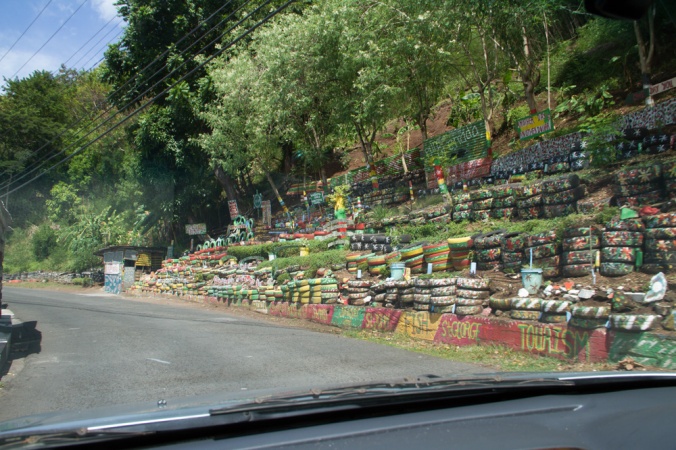 When we started we had to jump over a creek and l drank some of the water it tasted delicious. After l tasted the water l saw Eddy cut a nutmeg with his machete and a cocoa fruit (but he was covered in ants trying to get it for us, how sweet.  Get it how sweet because cocoa is sweet ha ha 😉). There were wild bananas everywhere. Mum discovered that there was an avocado on an high tree. There is an legendary breadfruit that Mum wants to try (ooh and did l mention it is everywhere). 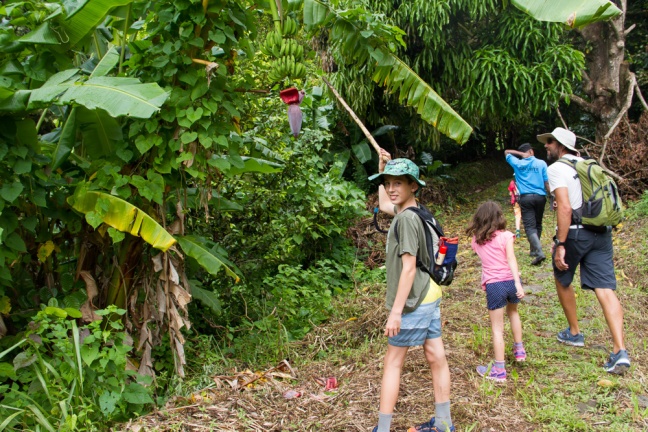 Two hours later we hopped over rocks, water, bamboo, mosquitos, lava (not), poo (not), magma (not), mud and leaves (obviously). Later we arrived at the falls it was glamorous! So strip strip oh DON’T LOOK AT MY w…y and my b.m.🌊SPLASH🌊OMG…its… its …FREEZING!!! but nice 😆  +its kinda creepy because you don’t know what your standing on! Mum is that a thorn? After that and getting dry we stumbled over lots of slippery sloppy mossy rocks and went home, on the way l brought a bamboo cup and that is the end of the day from Jake……….literally😆👇 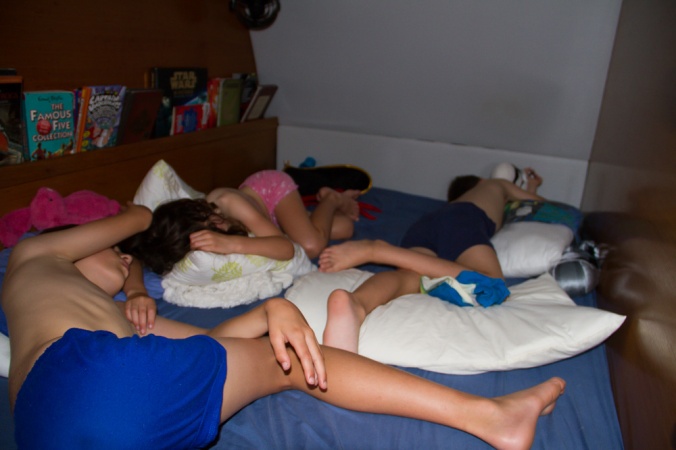 Sleep over in my bed tonight

15 thoughts on “Concord Waterfall by Jacob.”